This is maybe a question you have been asked or even ask yourself. I've had guitar instructors who have called me when confronted by their first lefty guitar student. They ask if I would advise the novice lefty to play right handed. After all, look at all the wonderful choices in right handed guitars and in left handed, well, you know how that is. This used to be kind of a tough question for me. Just look at all those wonderful righty guitars out there. I thought I was maybe the only right handed player in the world who plays lefty. I know many more rightys playing lefty now. Some for reasons like mine, caused by an accident, some because "it felt right", and some because of being inspired by Jimi Hendrix or Paul McCartney. So the answer as to "why play lefty" is different for everyone. But I have discovered some psychological reasoning that has me asking now "why play right handed?"

So check out what yor left brain is up to first. Analysis, Logic, Control, Memorize. And this controls your right hand. It does not matter if you are right handed or left handed, it is still true. Seems to me I want my right hand to be in control of that fretboard. All those things having to do with structure and control. All those specific chord structures. All those notes layed out in patterns that has worked logically for hundreds of years.

Now the right brain. controls my left hand. My spontaneous, emotional, unplanned left hand. This is the hand I want holding that pick, or picking those strings. Changing time signatures, holding and releasing, choosing those spaces between each note or strum. I want to FEEL those notes. The MUSIC comes from this emotional movement. So the question seems to me to be "Why would anyone play right handed?"
Posted by Jerry at 8:18 PM 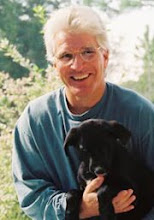